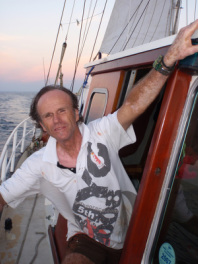 Hans Berekoven is the inspiration behind this project.  With his keen interest in archaeology, he has entertained a number of theories on human migration and the development of civilisation.  He is an accomplished traveler and sailor and with a master mariner's certificate, he has served on a number of vessels plying their trade in Asian waters.  It was here that he developed his ideas on the possible rise of Asian civilisations with the lower sea levels during  the Ice Age.

Born in Germany and raised on a farm in Australia, Hans contracted the travel bug at the age of 19 and embarked on a life as an adventure traveler for 14 years.  Arriving in Europe in 1966, He would travel back and forth to Asia while studying yoga and eastern philosophy in many of the ashrams of India.  Some of his adventures included: Running cars from Germany to India as a way of funding his travels; crossing the Hindu Kush mountains in Afghanistan on horseback; conducting a bus service from Katmandu to Munich; climbing Mount Everest to 6000 meters.  Later he would purchase an Indian dhow, 'Shiva Shakti' in Sri Lanka to run a charter service from Sri Lanka to the Maldives.  In 1979, he returned to Australia and obtained a deck officers certificate to begin working on vessels for the oil and gas industry.  It was while working in the Java Sea and knowing that it was dry land 12000 years ago that he realised that this could be the location of a prehistoric civilisation.

"I have always been fascinated and amused by the debate and conflict between the Secular and the Religious and have taken up a position at the fulcrum between the two. This has made me realise that both are right and both are wrong.  That we need to remove the wrong and fuse the right.  A kind of spiritual science would be handy to facilitate and assist in the evolution of human conciseness." - Hans Berekoven 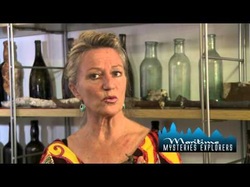 
Roz Berekoven is the spiritual centre of this project, its chief organizer, and the driving force that keeps everything moving forward.  She handles all the paperwork and keeps the Captain on the straight and narrow as difficult as that can be because he is a big ideas man and she is the one that figures out the way to make those things happen.  She also holds an AIMA/NAS certificate in Maritime Archaeology. 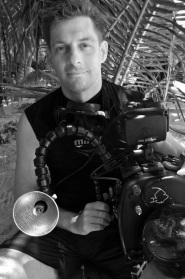 Eric Madeja has been working as a natural history filmmaker and photographer for the past twenty years and led many marine photography expeditions all around the world.

He is currently based in Sabah, Malaysian Borneo, where National Geographic Channel, Discovery Channel and countless other production outlets use his organisational skills as a location manager on a regular basis.

Eric is by heart a marine explorer and conservationist, taking every opportunity to dive remote and challenging sites. 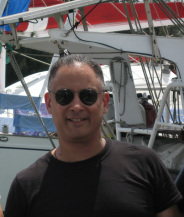 Clifford Terry has nurtured a keen interest in Asian history and culture.  This is what inspired his travels in this region and his own search for the cradle of civilisation in the region of the Indian subcontinent.  It was fortuitous that through a correspondence with Eric Madeja that he came in contact with Hans and Roz Berekoven.  He see this collaboration has the fulfillment of a life long dream to explore the Asian seas in search of discoveries, lost civilisations, and historical finds.


A B & B owner on the big island of Hawaii, Phil came to Southeast Asia to buy his big trimaran.  Caught in a storm, his boat lost its mast, so he found a berth in the Miri Marina where he could see to his repairs and ended up staying for the long haul.  Being an accomplished diver, he was invited to help Hans and Roze bring up artifacts from the sunken wreck, the Viscount Melbourne.  With a background in Chemical Engineering, Phil brings a more methodical approach to the Explorers.  Instead of randomly bring up some of the large items that were lying on the sea bed, they focused on a particular section of the ship and brought up buckets of mud from the sea floor to be shifted through on deck.  In this way, they were able to find some of the interesting smaller items that would tell a more complete story of the wreck.  Phil tends to be a bit more skeptical than the rest of us but is still open to some of the more unusual finds in this region.  At the moment he is in the Philippines   having a mast fitted for his trimaran but we hope to catch up with him at a later date.


A member of the original crew of the Southern Sun along with his sister, Hannah.  He was on board as they sailed from the west coast of Australia through waters of Southeast Asia while they were in negotiations with the Indonesia  government to explore the Java Sea.  With the Southern Sun, more or less settled in Malaysia, Tristan returned to Australia to join the Australian Defence Force to become an airplane mechanic.  He is always available to join the crew again as the need arises. 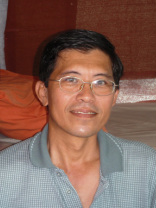 
A local businessman from Miri, Chai owns a concrete business.  Not only an original member of the Maritime Mysteries Explorers, he is also a great friend you can count on when in need.  He is never afraid to get his hands dirty and is always there to do what is required of him, whether it is shifting through muck for tiny artifacts or hopping on a plane to climb a mountain in Java.


A local businessman in Miri, Sarawak, Malaysia, Troy owns the Miri Marina at Brighton Bay where Southern Sun is berthed.  He also provides a flat at the marina where the artifacts from the Viscount Melbourne are stored.  It is through his efforts that a Maritime Museum will eventually be established in Miri for the artifacts to be displayed for the public.  When the time is right, he will provide a barge and the necessary equipment to bring up some of the larger objects.