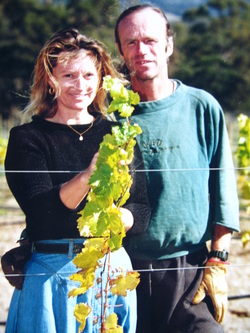 WHEN they first hear of his plan, some people think Hans Berekoven must be a little crazy. After all, he and his wife, Roz sold their 2000 fine wool Merinos and are about to sail away on a 19-metre ketch in search of lost civilizations beneath the waters of Indonesia's Java Sea. It's not the selling of the sheep that raises eyebrows – who hasn't wanted to do that lately? – as much as this not-so-ancient mariner's belief that the legendary Atlantis (or perhaps one of its trading partners) really existed and is now about to be discovered. But as Hans explains his theories the doubts begin to disappear and the realization dawns that he just could be on the track of evidence that would rewrite the history of human civilization.

The key to it all is the knowledge that in the last ice age, which lasted for many thousands of years and ended rather abruptly 12,000 years ago, sea levels were 150 meters lower than they are today. Rather than being an archipelago, Indonesia as far east as Kalimantan (Borneo) and Bali was an extension of the Asian continent blessed with the world's balmiest climate. With the Northern Hemisphere's ice caps extending half way to the equator, the Sunda Shelf (as the region is known in geographical circles) would have been, in Hans's words, "the best piece of real estate on the planet". "It must have been the prime place for a civilization to take root," he said. It is generally believed that agriculture and animal husbandry started 8000 to10,000 years ago in the Middle East but Hans reckons it could have happened 6000 years earlier on the Sunda Shelf. "Hunters and gatherers were forced south into this tropical zone and I think the concentration of population sparked off animal husbandry and farming – the two greatest inventions of humanity," he said. "The reason we haven't found proof of it is because we've been looking on land. The proof is under the water." Hans has been encouraged by the as yet unpublicized discovery of a similarly ancient submerged city beside an old river in the shallow Gulf of Cambay , just north of Mumbai on the west coast of India. Using satellite radar pictures of the sea floor and a bottom profiler, which can see through meters of mud to the underlying landscape, Hans hopes to identify old river valleys and deltas which are now buried under layers of silt in the 40 to 60 meter deep Java Sea. He will explore the valleys using side scan sonar and, eventually, a remotely operated mini-submarine and scuba gear. "Civilizations tend to form on river mouths and fertile deltas," he said. "Ancient Egypt on the Nile is a good example. "If there is any kind of settlement, no matter how primitive, it should show up as mounds on the river bank that aren't quite natural. "Then we'll go over it with a bottom profiler to see what's below the silt."

Hans, a former sea captain on seismic survey vessels, cashed in his superannuation to buy the 19-metre "Southern Sun", a five-year-old, steel hulled, ketch-rigged motor sailor. He and Roz and their two children, Tristan, 15 and Hannah, 8, will leave within weeks, sailing from Fremantle to Bali where Roz will set up base camp for re-fuelling, re-supply and home schooling. The expedition, involving Hans and three other men, including one from the Jakarta Museum, could last for a year or more. To pay for it all, the Breakeven's sold their 2000 fine wool Merinos, leased their 1200 hectare property, "Kangaroo Camp", Bombala – complete with orchard, farm stay and Australia's highest vineyard – and are holding a clearing sale this Saturday (March 12). "We're going out on a high note," Roz said. "We've made our best wine, produced our best wool and we won three awards for excellence in tourism."